Aiming for the top with the press

Shortly after presenting the most sophisticated Cross Country race machine at a press launch event held in the Catalonian Pyrenees, a select group of journalists from around the world experienced what it is like to ride the fourth-generation Oiz that aims higher than ever in its XC and Trail versions.

The Oiz has been designed for fast, experienced riders who require a super-light and efficient bicycle with a reliable suspension in technically demanding XC races. It’s the bike of the CLIF Pro Team and the Orbea Factory Team.

Starting in 2019, XC marathon fans now have this same bicycle available with 120mm travel, perfect for those riders who like the lightness and efficiency of a total competition bike, but can’t see themselves riding an Occam. “It has a very apparent transfer of power from the pedals to the ground,” begins Daniel Sapp of Pinkbike. Sapp says that the Oiz XC is a model that “is certainly more efficient” as compared to the TR version, although “that's not to say the 120mm isn't.” As a matter of fact, he states that he barely used the lock on either version as a result of the firmness of the system. “They both feel well supported, uphill and down,” he claims. “The Oiz reaches a higher level," says Solobici about a model it sees as “tremendously fast and now much more versatile, thanks to its assembly and customization options.” “Not all brands can do what Orbea has managed to do with this bike,” which it claims is “a total racing bike, but one that anyone can ride.”

“The improved geometry of the bicycle and its lightness make this new Oiz brilliant, but at the same time very easy to ride, and if you know how to play with it, one of the fastest bikes in its category out of all those we have tested lately,” he says. “I almost never had to use the lockout," said Thomas Schmitt from the German magazine Mountain Bike, about “a bicycle that will propel you.”

The new UFO2 eliminates the pivot point where the chainstays and seatstays come together, resulting in better performance and less maintenance, something that got the attention of the German tester who, like others, barely used the new remote Inside Line lock from the bike’s “efficient pedaling position. ”On the whole, it seemed that the Oiz was “fast, but at the same time playful and agile.” “Both bikes at heart were born as XC bikes so climb extremely well,” said Stu Taylor from Singletrack, after seeing how “the bike climbed everything asked of it.” 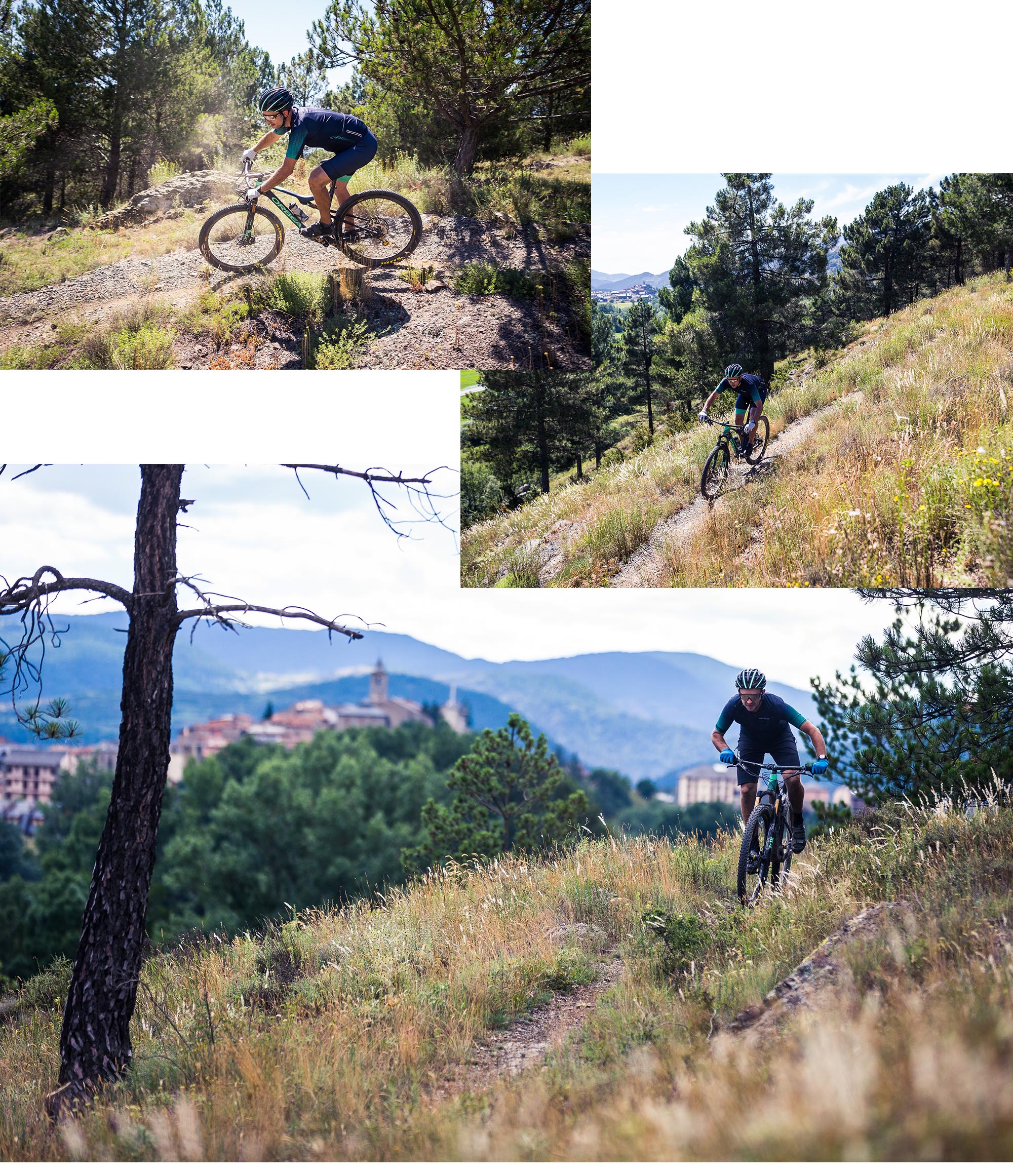 The major difference for the tester comes downhill. “The XC is fast at descending,” while the Brit had this to say about the TR version: “The TR for me has to be one the fastest 29er trail bikes I’ve personally ridden downhill.” Almost ever. What’s more, Stu brought out his more mischievous side in the jumps, cambers and singletracks of La Molina, and while “I tried my hardest to bottom it out, but I couldn’t quite eke the last 4mm out of it”. Vojo Magazine, one of the leading cycling publications in Europe, has made it clear what they think about the new version of the Orbea Oiz TR: it’s a “true epiphany” that opens the door for a new era in XC bikes.

Where a purely XC bike would show its terrain limits, the Oiz TR reveals the limits only of the rider. The additional 20mm in the Oiz TR makes a world of difference, explains Vojo, and it “changes everything. It’s so versatile.”

“The Oiz TR is the perfect weapon for the toughest marathons and mountain bike stage races,” writes Vojo’s bike tester Olivier Beart, noting that its design is lively, gives confidence, and is “incredibly efficient.”

Vojo also gives praise to the new Oiz XC, describing it as a perfect mix of agility and grip  ”that presents itself as a real alternative to other leading bikes.” Héctor Ruiz, of Mountain Bike España, dedicated a few lines to the kinematics of the rear suspension that is “comfortable, efficient and hard to bottom out.” For him, the attention to detail and the quest for perfection also define the new Oiz: “Pure craftsmanship.”

“The racing world is part of Orbea’s DNA and the Oiz is the product of its trajectory,” he says about a bicycle “created to shine in XC and Marathon races.” From MTB Pro, and more specifically Juan Daniel Hernández, the focus was on other aspects, such as the new Fiberlink, “an extremely important part in the new Oiz,” according to the tester.

This 59g linkage has been created with aerospace material and offers greater rigidity than conventional carbon, with the added benefit of lighter weight. Together with the UFO2, “you barely notice anything (referring to contamination from the pedaling)” while you’re seated, he comments.

“Unless you’re in a race on fire, in which every watt you save going uphill counts, it’s better to keep the shock absorber unlocked,” he believes. In his opinion, the TR version is “right on the money,” since he sees it as “a bike to take on any type of route with guarantees. In France, specifically Velo Tout Terrain, wanted to focus more on a TR version that earned a score of 16/20 from its tester Benjamin Lacoste.

“A source of inspiration that allows you to choose trails you never thought you could,” and that has excelled in the test, especially for its performance. This probably owes to how “easy” it is to dominate a bike “that maintains the reactivity of the Oiz XC.”

In addition to the "great maneuverability" of the TR version, they discovered the “versatility on all types of terrain of a bike that earned one exclamation upon just seeing the appearance of the Oiz: “Look at those lines!” they observed. In the end, after two days on the Oiz, Benjamin Lacoste was enamored by the Trail version: “Vive le TR!”

“I’m happy to be in this team”