When you attend an Orbea event, you’ll find many moments to connect with cyclists and people like you; opportunities to share rides together and build new friendships in environments that leave a lasting impression.

These events are also what makes our #OrbeaTerritory distinct. They’re full of desert views, lush coastal ecosystems, tough mountain passes and culturally rich cities. Are you ready to experience it for yourself?

Coast, mountain and city in 128 km

With the Orbea Klasika Bilbao-Bizkaia, you’ll cover every landscape in little more than 120 km: through the city streets of Bilbao, over World Tour mountain passes and within Bizkaia’s green emblem of Urdaibai.

The Urdaibai estuary has been declared a Biosphere Reserve by UNESCO, and when you ride through this coastal region, you’ll understand why. The route for this event is intense, but if you keep your head up, you’ll see San Juan de Gaztelugatxe, Mundaka and the spectacular beaches of Laida and Laga from an unparalleled vantage point.

The peninsula views give way to interior geography, with mountain peaks like the notable Oiz and other well-known summits made famous thanks to the Vuelta a España race. You’ll also get to see the region’s traditional farmhouses (known as baserri in Basque) as you reach the peak of El Vivero, which boasts the best vantage point to see Bilbao from up high.

Held in September, the Orbea Klasika Bilbao-Bizkaia can be the perfect end to the season or a good excuse to finally visit this iconic piece of #OrbeaTerritory. Care to join us?

The living desert of Europe

Through a 117 km MTB marathon or an 81 km MTB half-marathon, you can discover one of Europe’s most unique territories: the Monegros Desert, also known as Europe’s living desert.

If the race pace lets you lift your head (racers average between 16–23 km/h), you’ll discover a habitat that is undocumented anywhere else in Spain or all of Europe. Like any true desert, it is arid and eroded. The erosion is so extreme that the ancient landscape has crumbled away to reveal monolithic rocky spires known as tozals.

Your bike might not appreciate the dust that builds up after hours of pedaling through the desert, but the fun of riding with 8,000 people in exotic #OrbeaTerritory is definitely worth it. Besides, you can always wash your bike at the end of the race.

In the midst of vineyards and mountains

Discover the beauty of the Basque Country’s paved roads that wind through dramatic mountains and vineyards in the province of Araba during a demanding 180 km gran fondo race.

Racers roll through a sea of vineyards in the Rioja Alavesa, with a climate ideal for both growing grapes and cycling, in between climbing and descending mountain passes. Over several editions of the Orbea Gran Fondo Vitoria-Gasteiz, the weather has been mostly pleasant.

The views, however, have always been spectacular. Setting a good pace means taking in more of the landscape...and saving your energy for where it counts: six mountain passes over 180 km create a grueling challenge that lasts anywhere from five to eight (or more) hours. Take our recommendation to shift into low gear and enjoy this unique #OrbeaTerritory around you: it’s going to be a long day.

The Pyrenees or the Alps?

Few words are needed to talk about the Pyrenees and the Alps, two unmistakable settings along the Tour de France. L'Ariégeoise Cyclosportive, in the Pyrenees region of Ariège, and Cyclosportive Châtel – Chablais – Léman Race, in the Alpine region, will take you up to the same mountain passes through which cycling’s most important Grand Tour has passed.

Col de la Core, Col de Port, Pas de Morgins, Monteé des Rives, Col d’Agnes and Port de Lers are some of the famous peaks that you can expect to climb in these two events. And if you’re unfamiliar with them at the start of these races, you surely won’t forget them any time soon.

Both races peak at altitudes greater than 1000 m, with some climbs as long as 10 km. So take it easy and train deliberately. The suffering is short-lived, but the memory of this #OrbeaTerritory will last a lifetime. 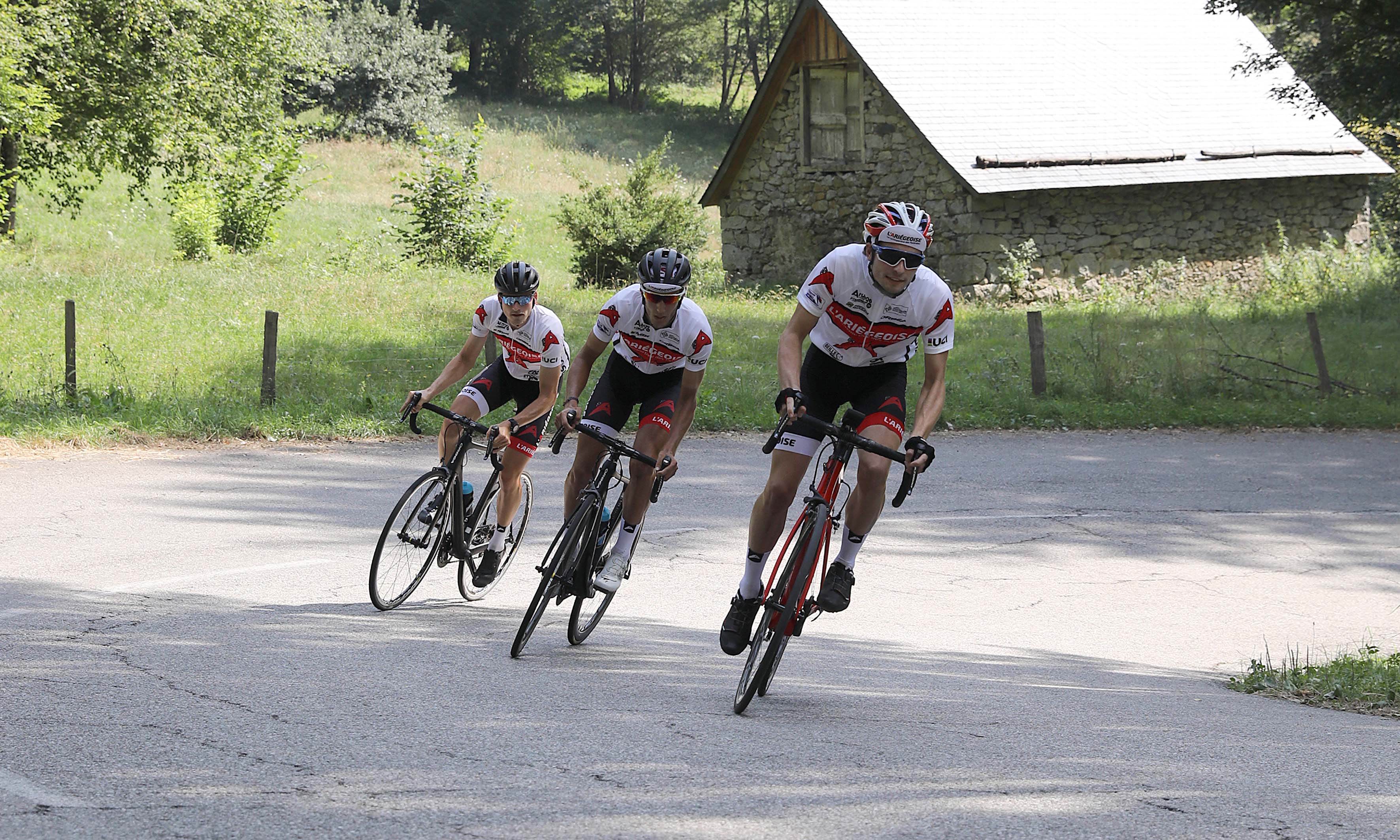 There’s no question that Orbea territories vary greatly, but it doesn’t end here. There are plenty more events with one-of-a-kind settings to discover on your bike and with Orbea. You’ll find us celebrating our territory at other events like the Orbea Cadí Challenge, Trans Nomad and Transpyr...no name a few. So tell us: what’s yours?

Beyond the invitation to discover our #OrbeaTerritory in incredible locations, we also invite you to visit our factory in the Basque Country, explore the region on bike with us and join us for pintxos in Donostia - San Sebastián.

To take part, join our official Strava group and share an activity in your usual biking region: your #OrbeaTerritory. Then complete the form that you will find below and you’ll be entered automatically. Good luck!

WIN THE BIKE OF YOUR DREAMS