A two-day trip in the Pyrenees, pushing adventure — and its gear — to the limits. That was the idea pitched to international media, an invitation to experience the new Occam 2020 and report on the bike's preference for off-the-chart epics, both up and down.

The idea was accepted with a resounding yes, and the route was planned: technical and rocky trails, long and grueling climbs and descents through sections of the Enduro World Series course in Aínsa. A challenge not for the faint of lungs and legs.

At the end of the trip, the bike testers couldn’t help but agree: the versatility of the Occam on any terrain is perfectly balanced. Paired with its dynamic geometry and the endless possibilities for customization on MyO, the 2020 Occam is positioned to be an explosive bike for trail riders craving adventure without limits. 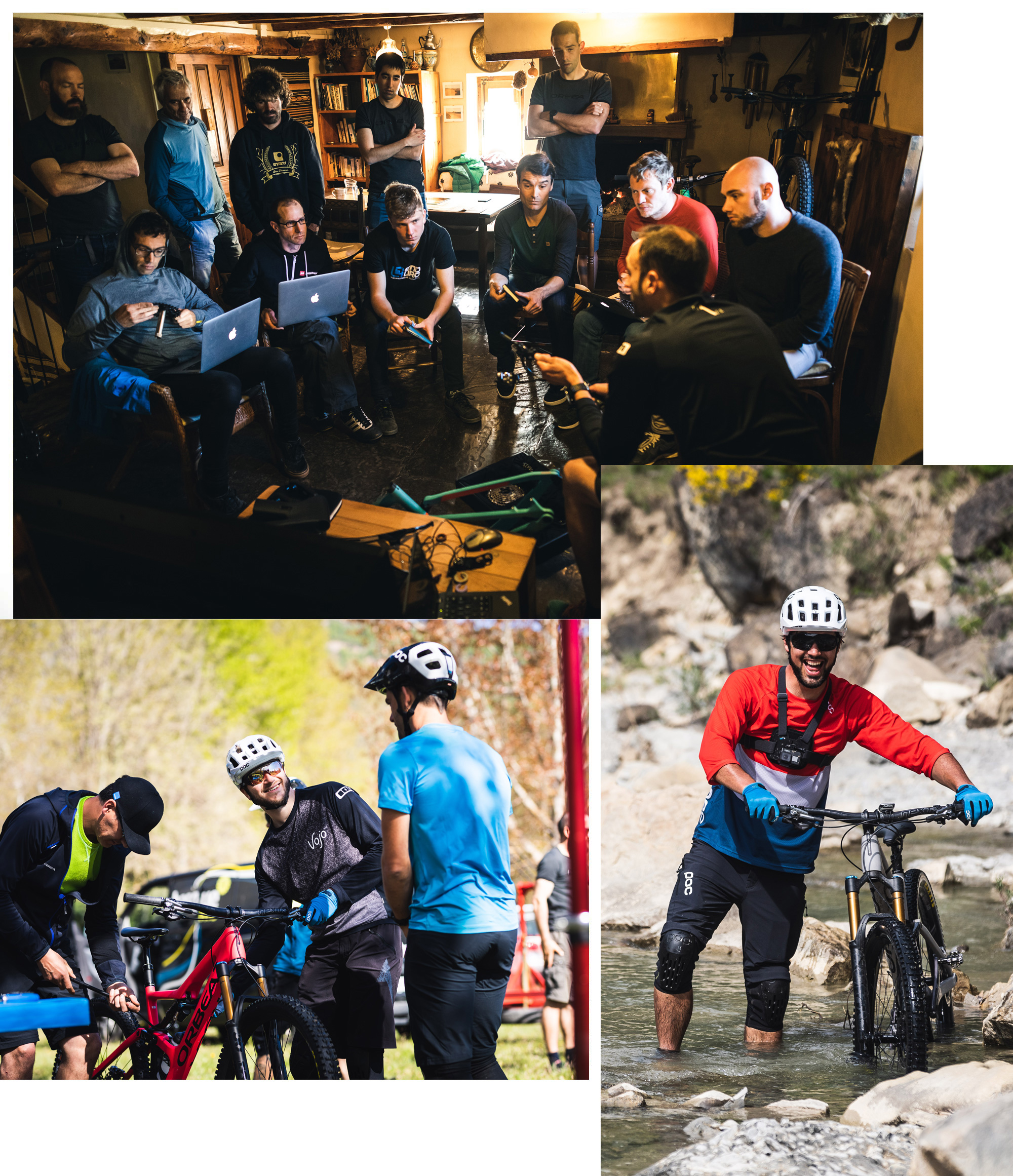 This is Pinkbike’s conclusion of the Occam after two days of riding, with tester Ralf Hauser insisting that it's "a fantastic climber. I fell in love with a mid-travel 29er, something that I never thought I'd say in my life".

“Even when grinding up long and silly steep sections,” Hauser adds, "the front end stays solidly planted, with the rear wheel digging into the ground formidably. I think I fell a bit in love with a mid-travel 29er, something that I would never in my life have thought I’d one day say". 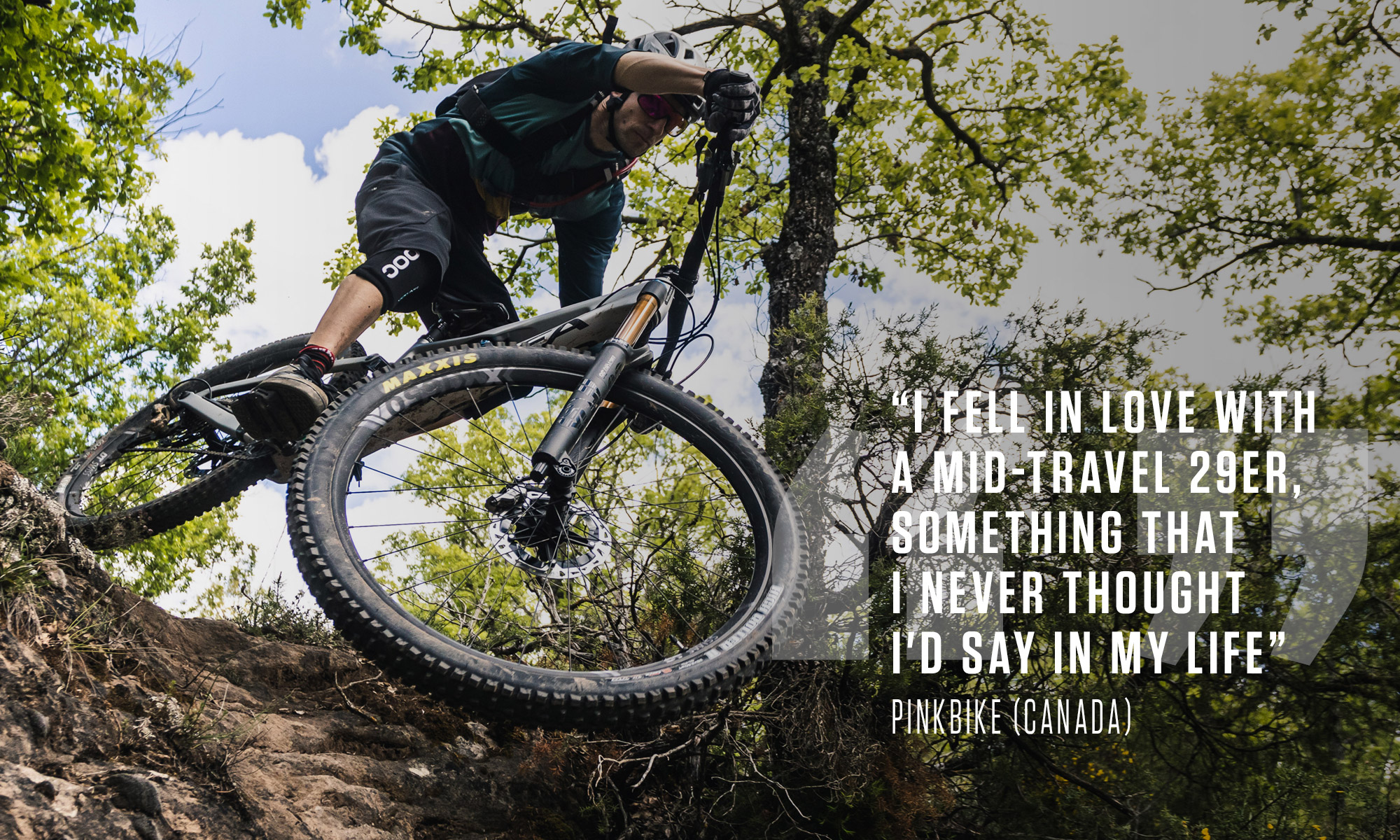 Another tester from Bikeradar reaffirms this sentiment, claiming the shock provides "a very real sense of stability” especially with geometry that’s “on trend, which invites riders to loosen up” — a lively and balanced byproduct of the 66º steering angle. 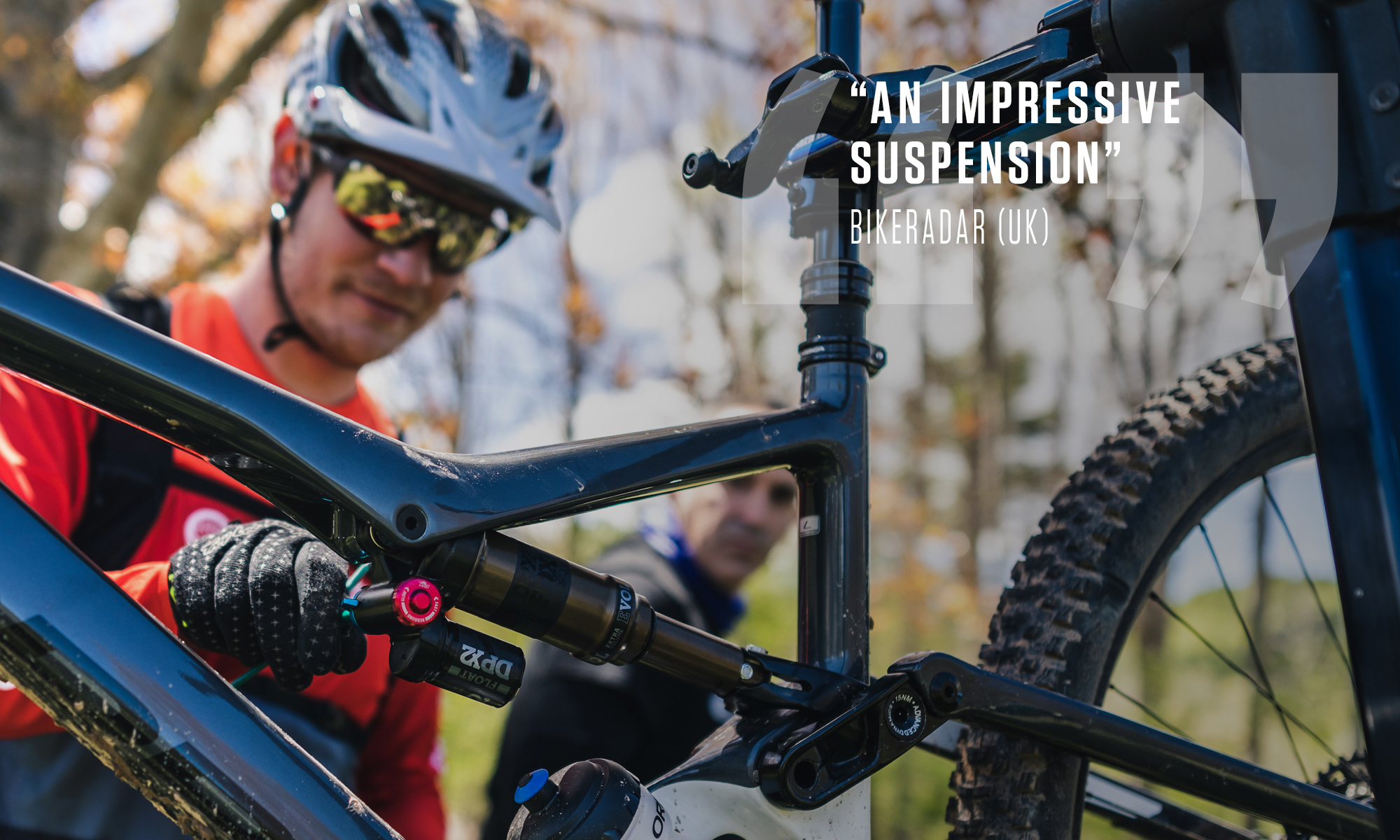 And if Bikeradar’s insight isn’t clear enough, they come right out and say it: "The Orbea Occam impresses in all facets". 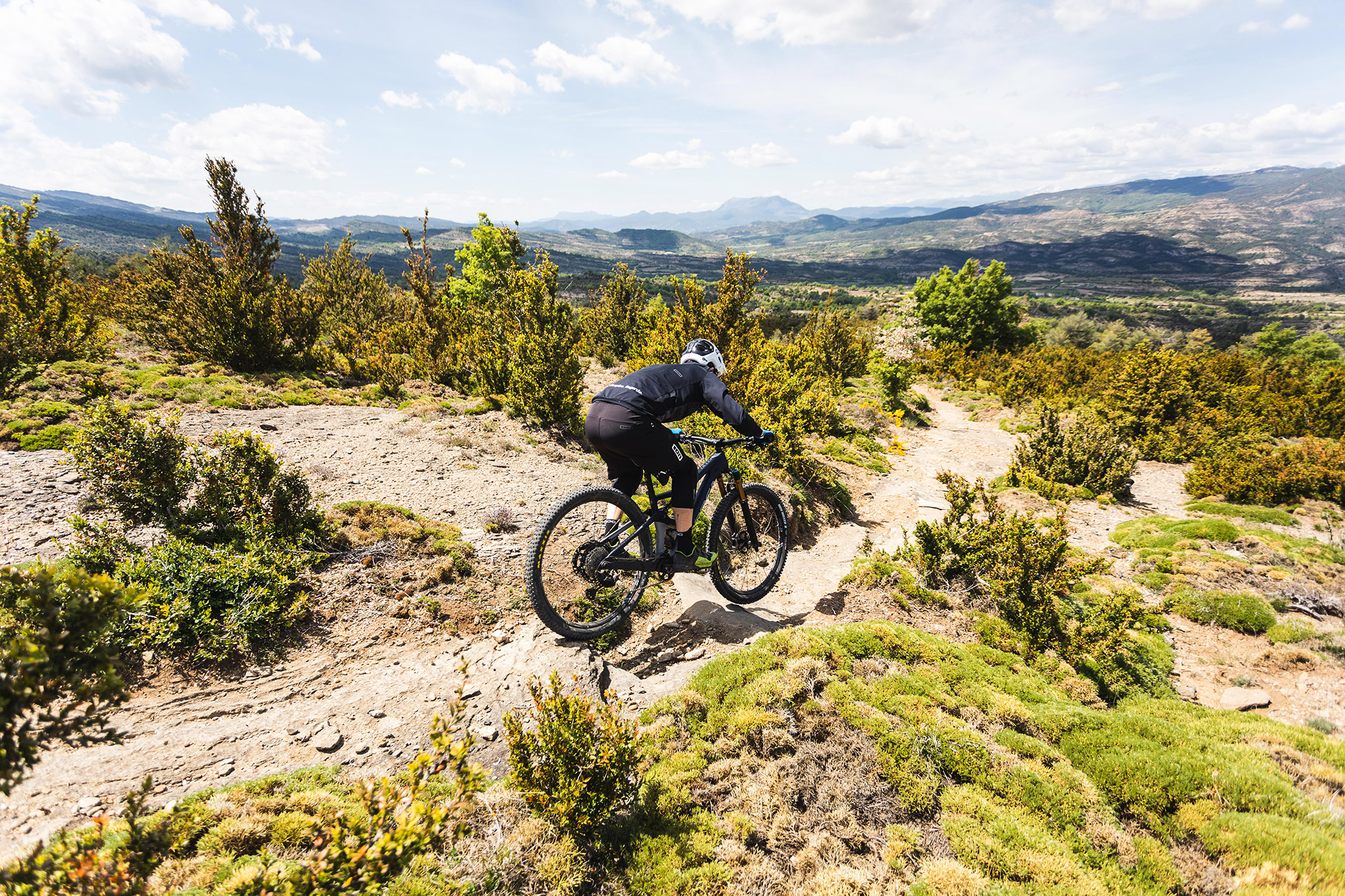 Enduro Mountainbike Magazine agrees. They refer to the new Occam as “a fun and lively trail bike, capable of long days out as well as quick blasts on flowy singletrack descents". 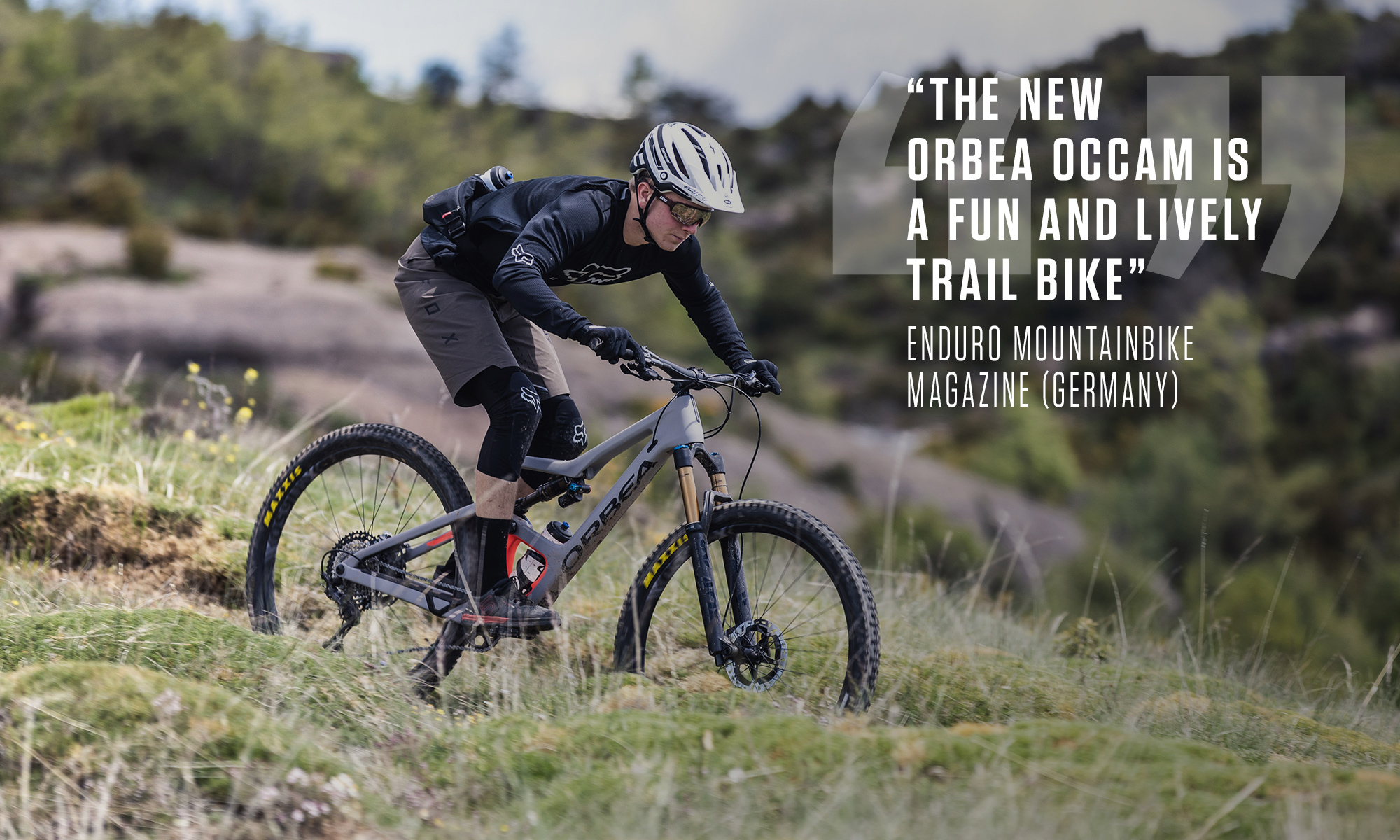 “Climbing on the new Orbea Occam is a comfortable experience, thanks largely to its steep 77° seat angle,” they report. "The bike accelerates well and does not suffer from any noticeable pedal bob". 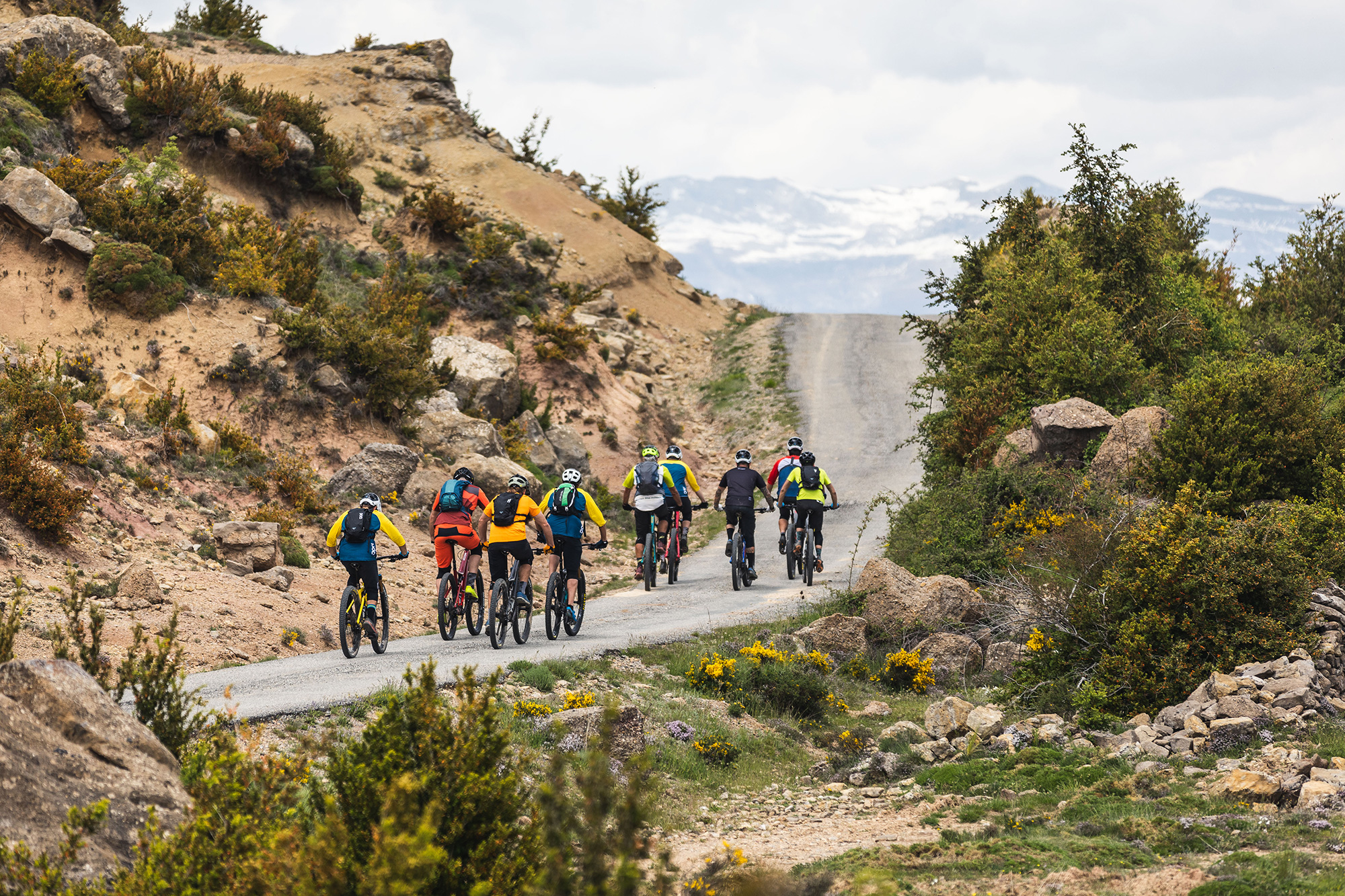 The Occam's climbing power also snags the attention of MtbCult. They give praise to the right balance of the seat angle, which results in “an optimal position, both in rugged terrain at a constant pace and steep slopes".

But for the Italian publication and tester Stefano Chiri, the bike’s downhill performance was the most surprising, noting that it's “the true turning point of the new model". 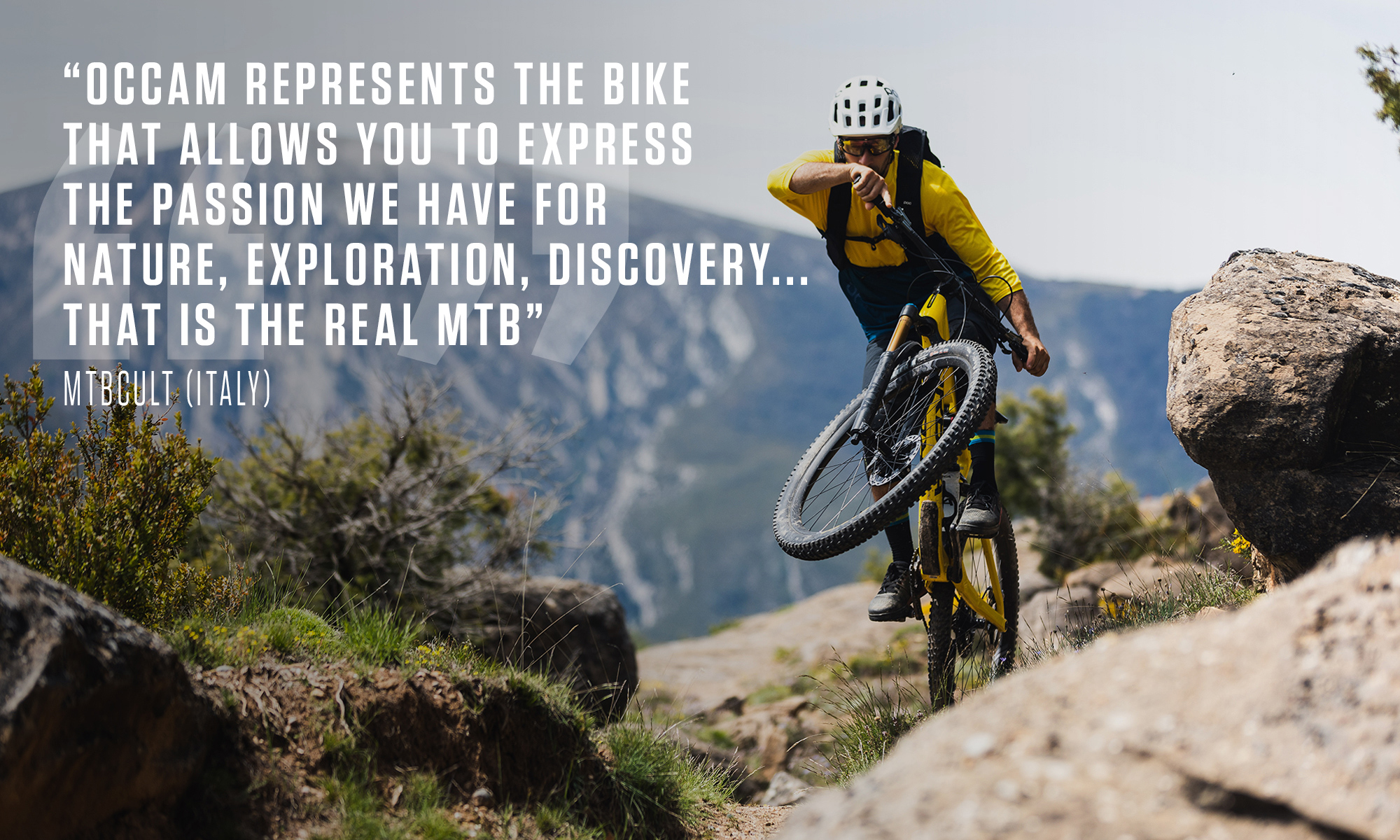 “The new Orbea Occam,” he says, "not only transmits stability, but also full confidence from the first meters. It is a reactive and fun bike that is very close to an enduro bike on downhill terrain. Occam represents the bike that allows you to express the passion we have for nature, exploration, discovery...that is the real MTB".

In short, Chiri concludes that Orbea has introduced "a bike that is versatile for everything and puts a smile on the rider".

The Occam’s descending prowess is also a focal point for Bike. “The Occam performs very well on descent and transmits a lot of confidence. Something surprising for a bicycle that, a priori, would fall into the classic all-mountain category", they write.

"After the first ride we can say: it climbs efficiently, comfortably and with lots of traction". 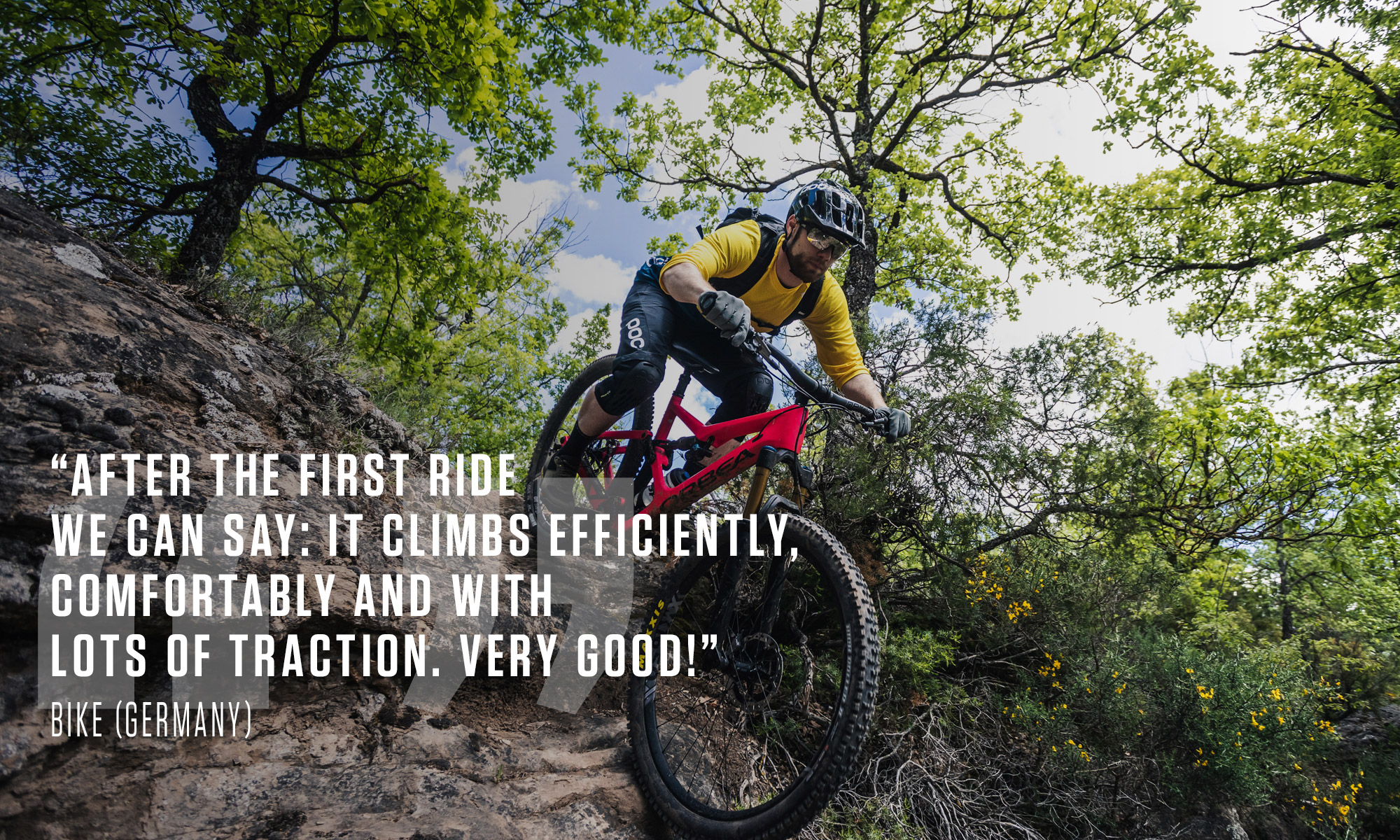 Spain’s Solobici vouches for that sentiment. "You don't get the impression of a nervous bike, on the contrary," they explain. "It is a balanced bike, with a moderate axle distance that allows us to take low- and medium-speed curves easily without being penalized in the fastest sections".

“We believe - they add - that the brand has hit the nail on the head with the new Occam. The ideal midpoint between the Oiz and the Rallon". 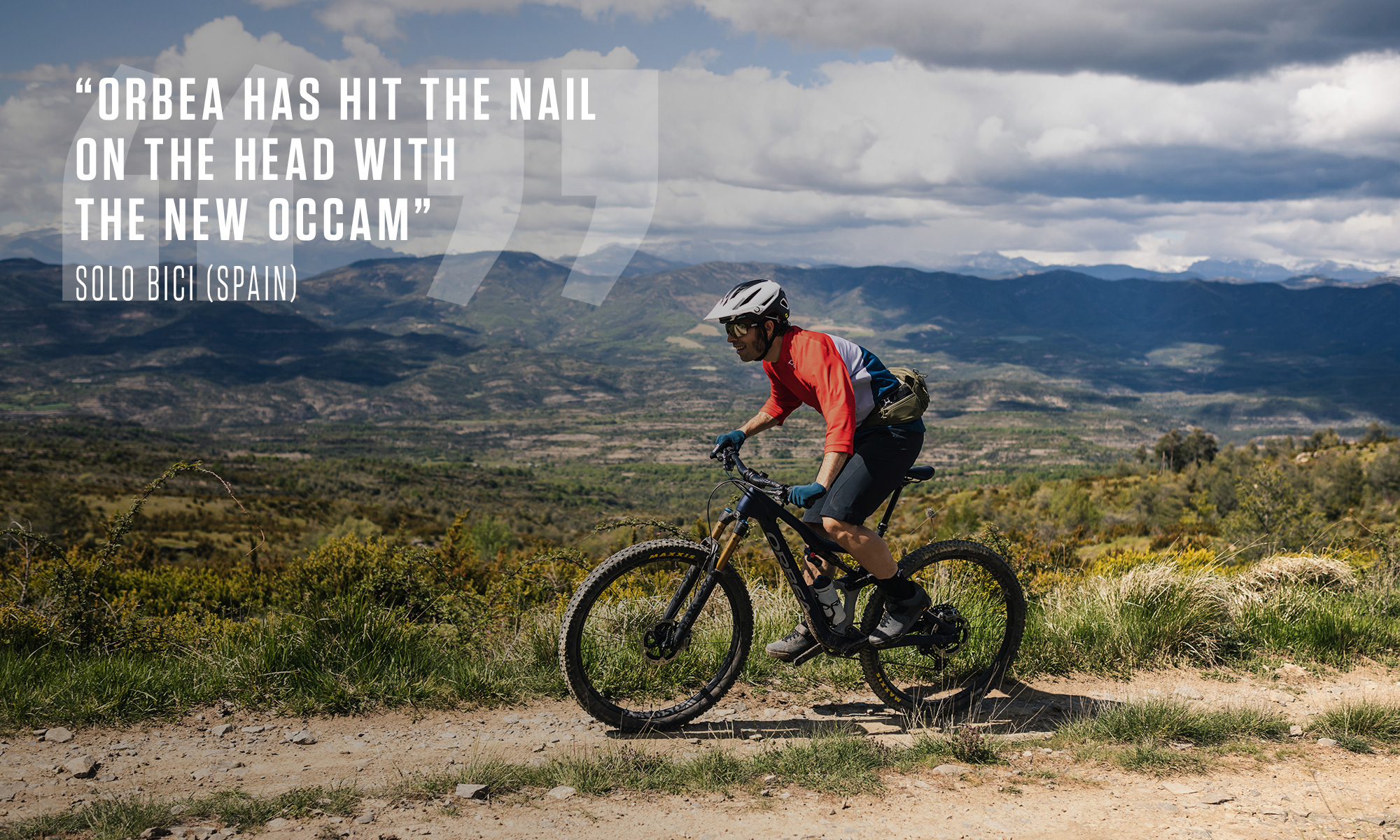 Enduro Tribe from France explains this a bit more directly, calling the Occam the “Holy Grail” of this bike category and having “great potential,” with respect to its competitors.

In their opinion, the Occam is “a small bicycle that has everything in style: a generous and modern geometry without being extreme, and a suspension that balances dynamism, sensitivity and stability". 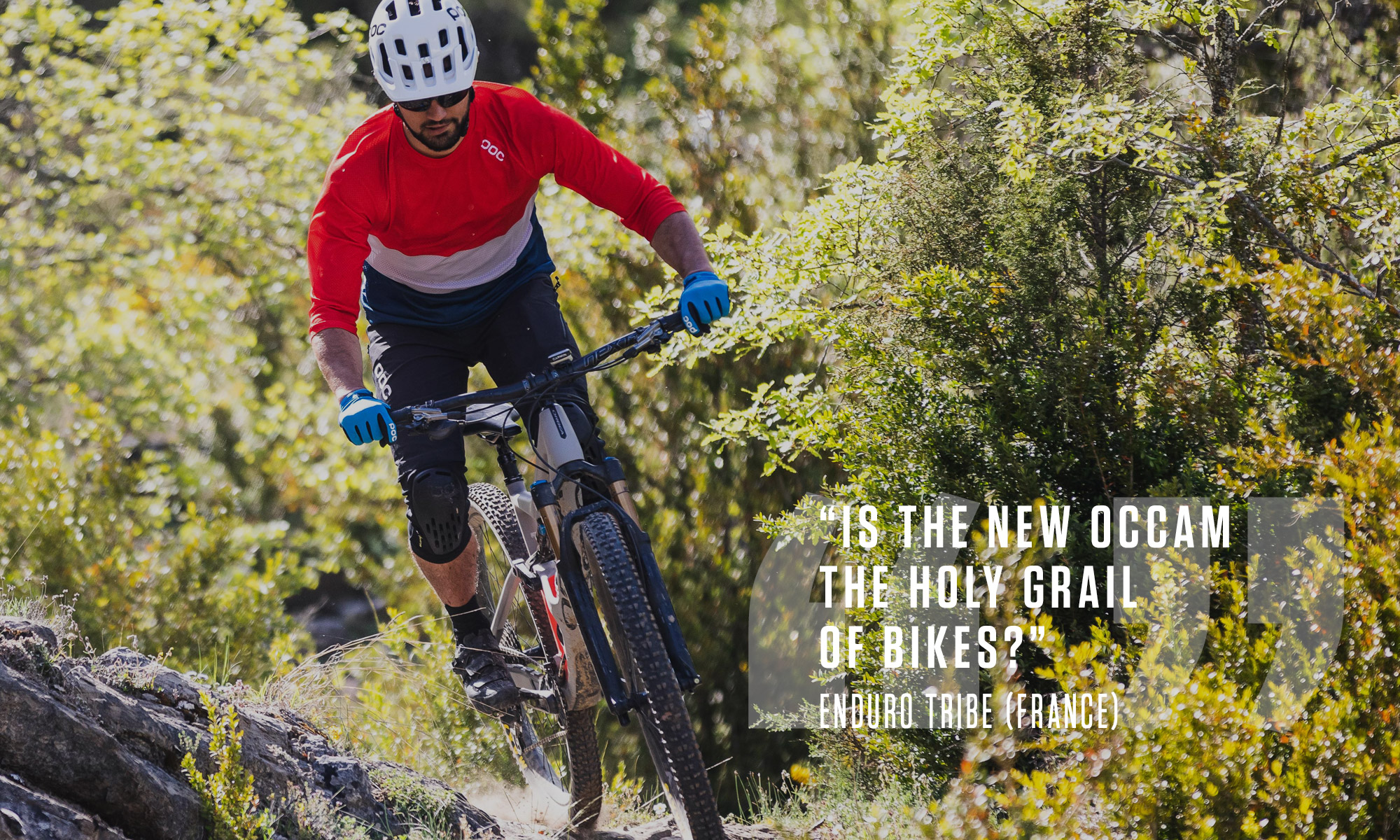 EnduroTribe also called the new 2020 model “the solution” to the 140mm vs 160mm debate that many riders consider when choosing suspension for technical, mountainous terrain.

French magazine Velo Tout Terrain praised the climbing power of the new Occam: "This is certainly one of the best climbers in the category. We are even surprised to swallow obstacles that we imagined not being able to cross. This Orbea Occam will delight adventurers: we always want to go further with it". 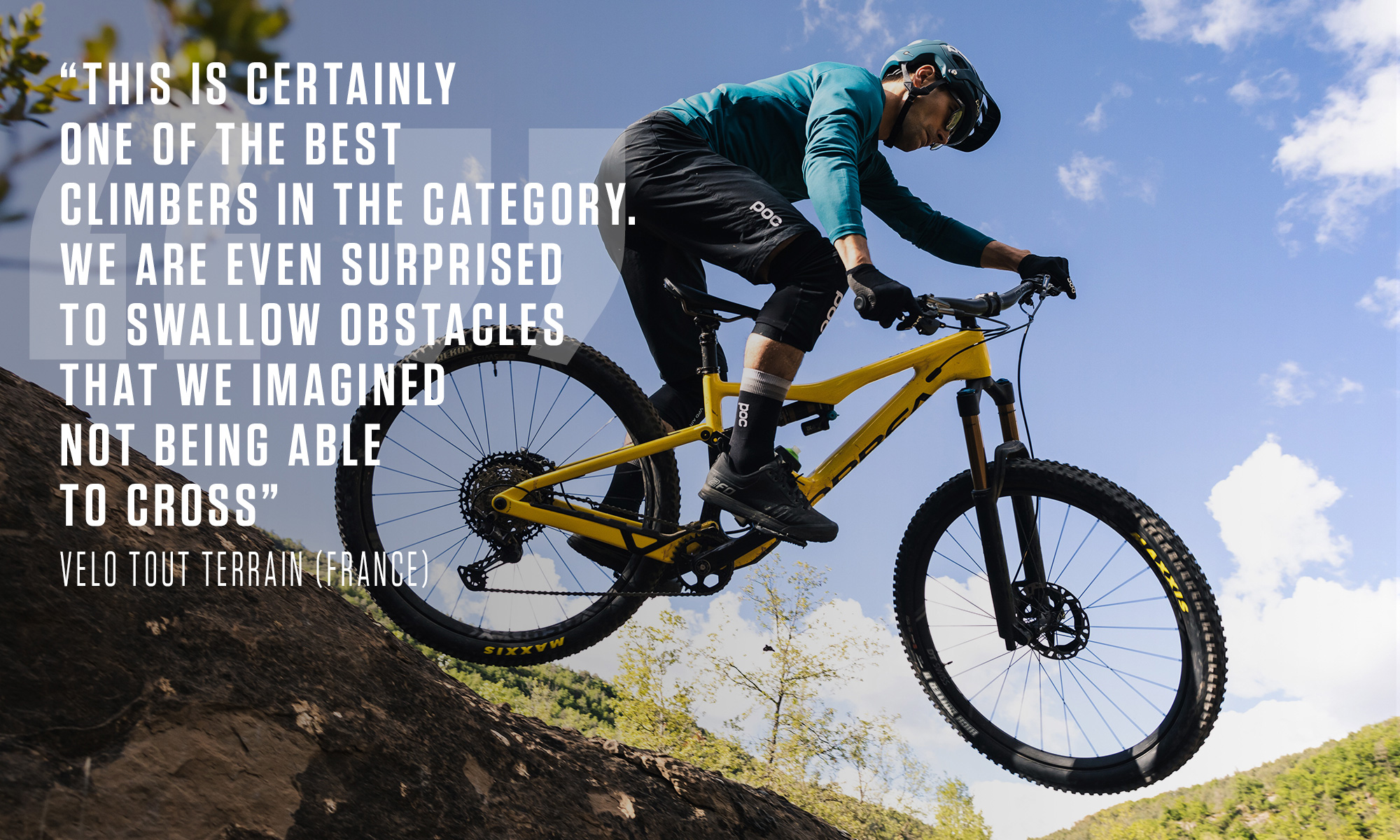 VitalMTB joined the media launch and left with views that exceeded their expectations. “We are impressed,” the American publication affirms, "of how the Occam combines the efficiency of a trail bike and the capacity of an enduro bike. Testing this bike gave us a good feel for how it blends trail efficiencies with descending capabilities. A bicycle that points well above those of its category". 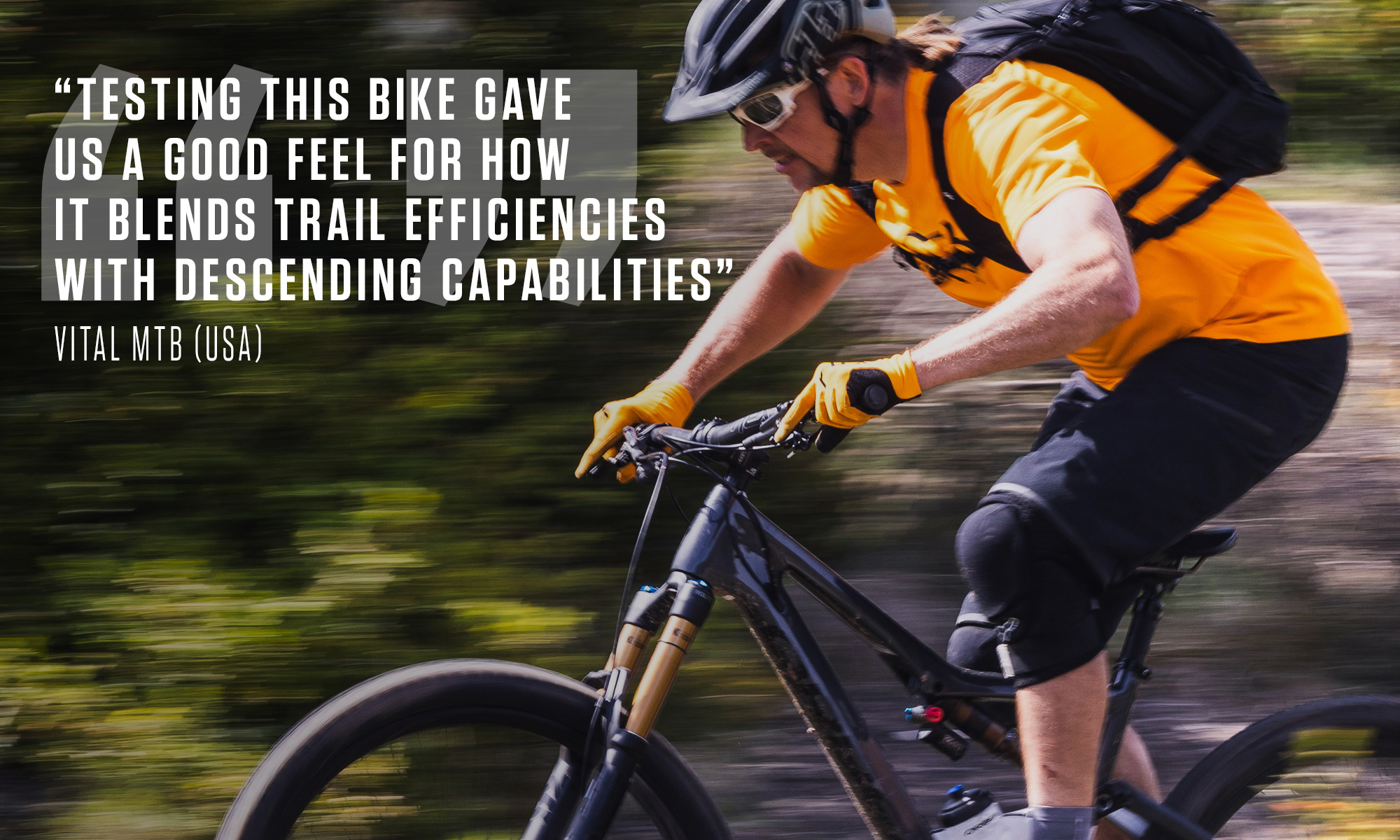 In a similar vein, Brian Gerow's analysis from Singletracks.com celebrates this "agile machine” that's gifted with a behavior closer to that of enduro bikes that feature longer travel. "The Occam felt like a nimble, enduro-ready machine".

This feedback can be chalked up, once again, to the Occam’s well-designed geometry. 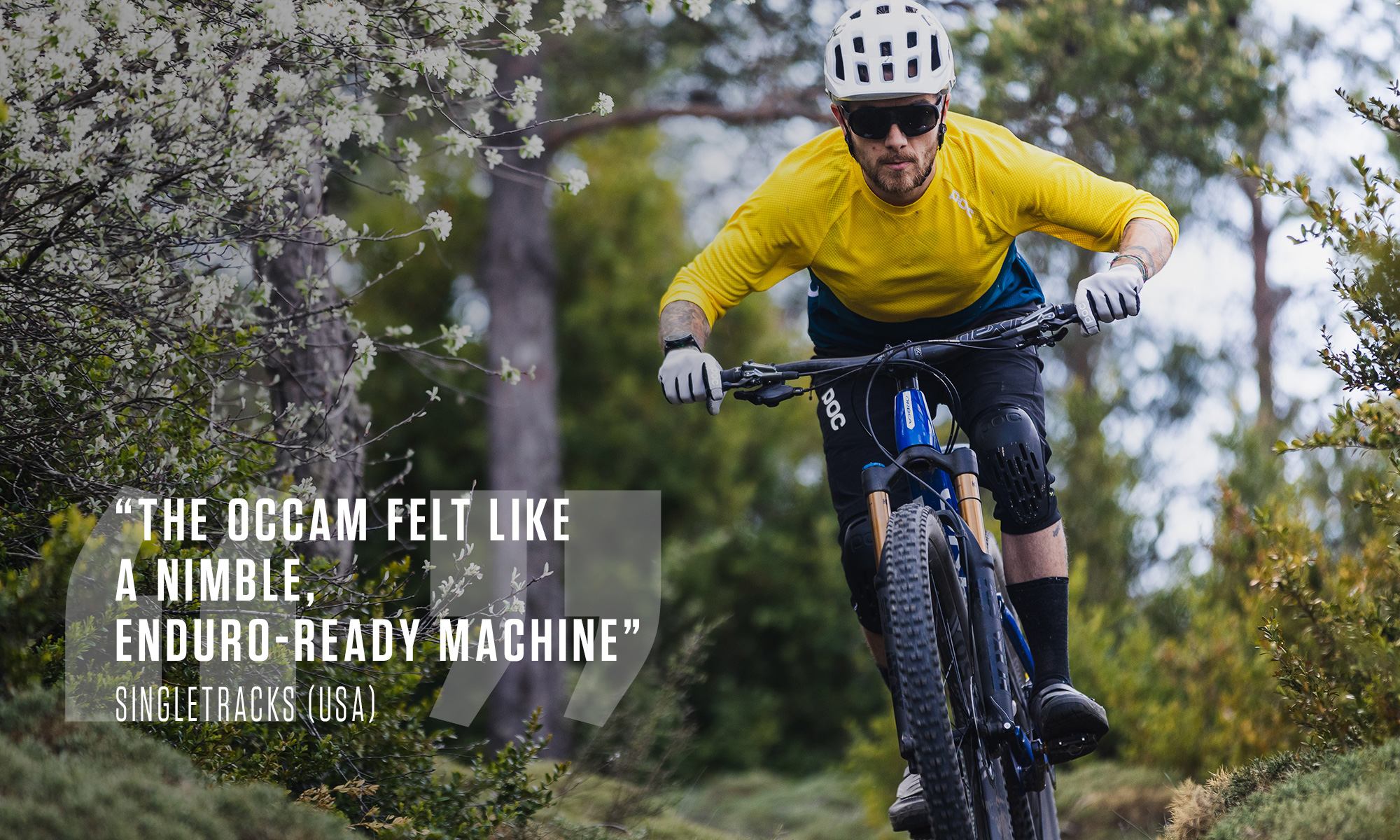 “While ascending, the 77° seat tube angle made my job of keeping the front tire on the ground a breeze,” says Gerow. "Several of the longer climbs we rode were on steep rock slabs with supreme grip. I didn’t have any trouble with the front end wandering between stray rocks like I’ve noticed on other long-travel 29″ bikes". 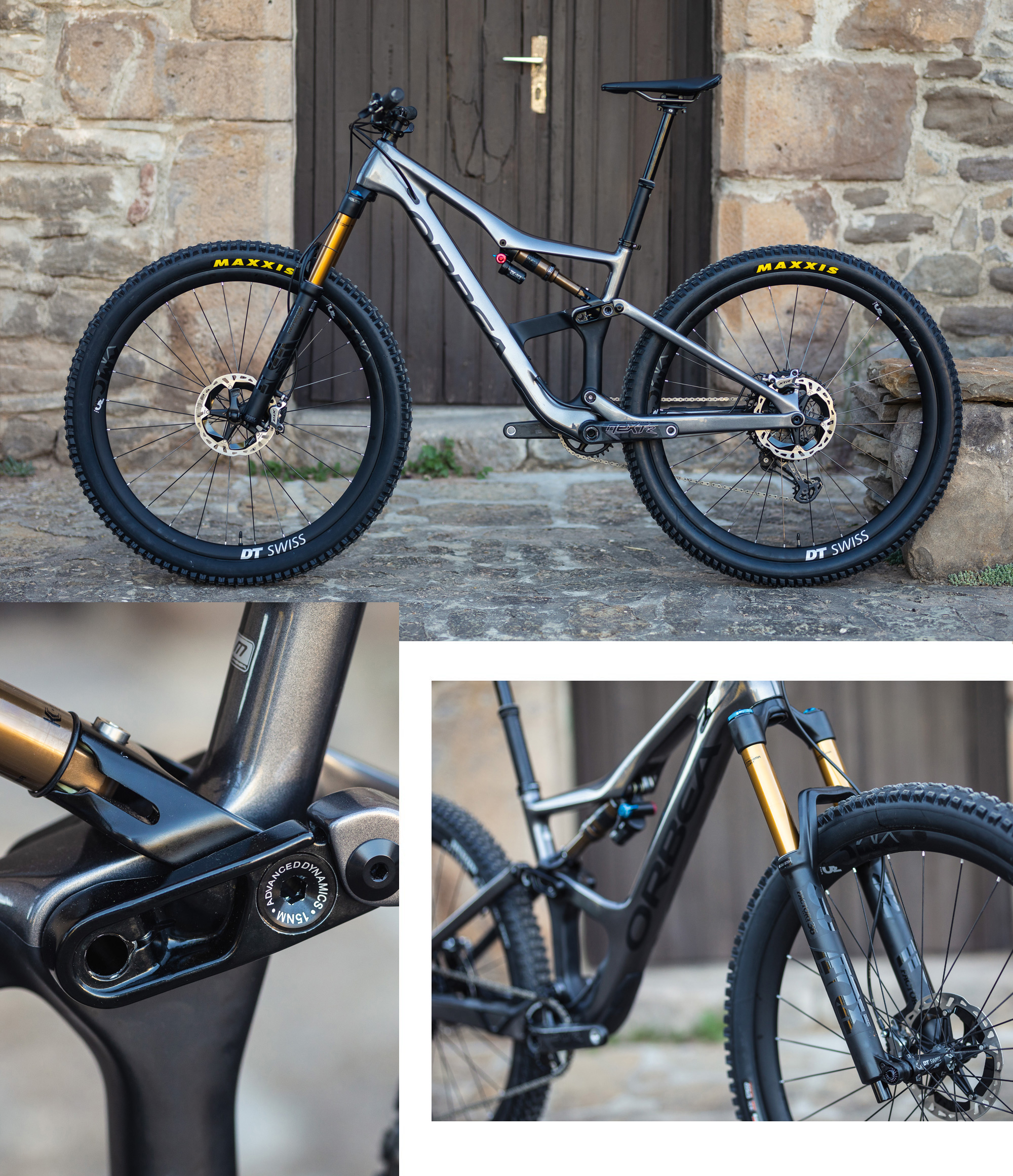 Finally, Vojo Magazine also sings the Occam's praise, highlighting "the insolent versatility of a reactive bike that, at the same time, transmits confidence". 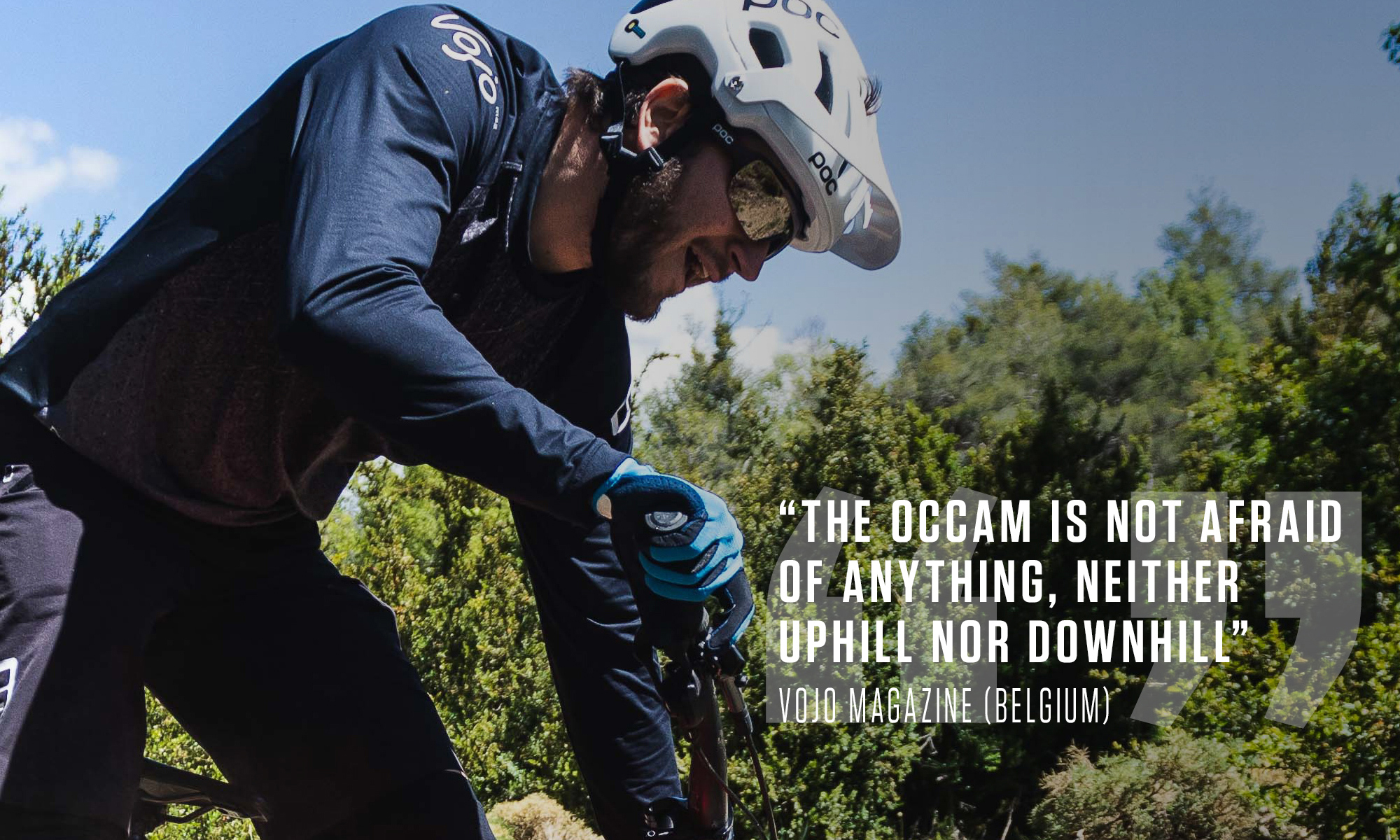 Much like the rest of the media in attendance, the Belgian magazine stresses the new geometry, "which provides balance, strength and advantage in climbing,” and conclude that “the Orbea Occam is not afraid of anything, neither uphill nor downhill".

Global Mountain Bike Network (GMBN) couldn’t wait to get their hands on the new Occam, too. They captured their thoughts from the Occam launch on their channel. Watch the video to hear what they had to say.